When we look at pictures of the Christmas story it is like everything has been airbrushed. The light is soft, the stable clean, Mary and Joseph looking relaxed and radiant. This looks lovely on a Christmas card but it is a far cry from reality. This has the unfortunate effect of disconnecting us from the story.

These were real people, facing uncertainty and hardship. Their lives were lived in the harsh light of reality. Mary and Joseph were cold, exhausted and ragged. A stable is smelly and dirty. A manger is a rough wooden box that holds the feed for the animals.

The child was not Joseph’s and if Joseph had rejected her, Mary could have been stoned to death. Their engagement was not properly done according to the social rules of the day and the couple would have faced social condemnation. It was a rocky start for any marriage and an uncertain beginning for a baby.

“The wonder in this story for me is in all the places where choices were made.”

The wonder in this story for me is in all the places where choices were made. God chose Mary and Joseph, good people, salt of the earth, but poor and humble. God chose this particular time to be born into the world, a time of occupation by a foreign power and political unrest. God had all people and all times to choose and God chose not an optimal time, but a time of uncertainty. God came at the worst of times to an ordinary family to stand in solidarity with us.

Mary also had a choice. God asked Mary to bear God’s son and, after she cleared up some technical concerns (How can this be, since I am still a virgin?) she chose to be part of God’s plan. It was a courageous decision and it was her choice. 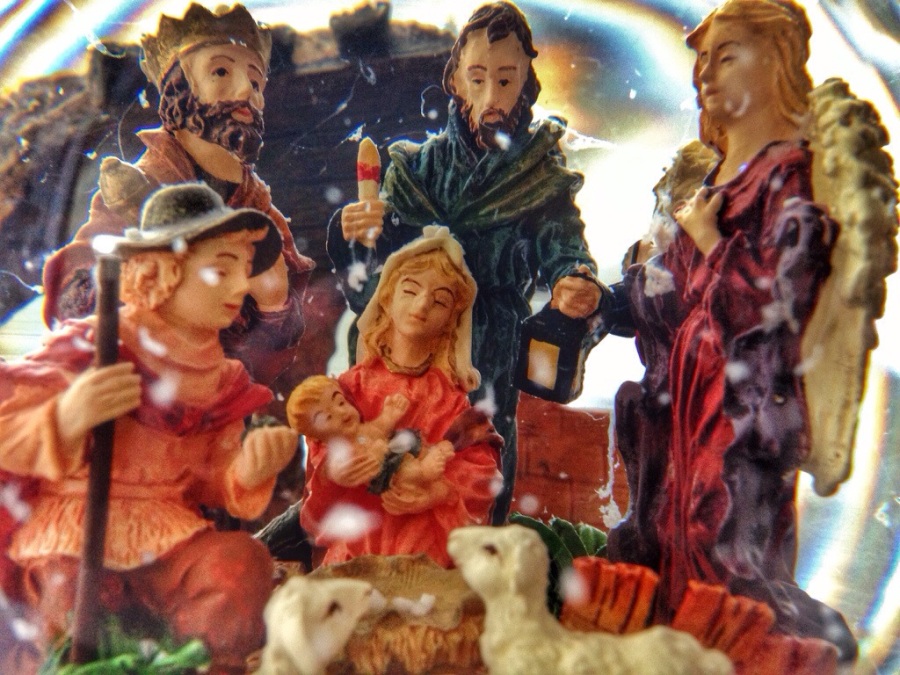 Joseph had chosen Mary to be his wife and while they were still engaged, he discovered that she was pregnant with a child that was not his. He had decided to end the engagement quietly to save her disgrace, but before he could act, an angel visited him and told him the child was of the Holy Spirit and to take Mary as his wife. Joseph chose to listen to the angel, despite the whiff of scandal that would surround him. Joseph chose to be the earthly father of Jesus, to take him as his own.

The shepherds joyfully chose to accept the great honour the angels had given them and left their flocks to rush into Bethlehem to see the Messiah. They chose to leave the sheep alone, vulnerable to thieves and predators. Shepherds were the lowest of the low, one step above beggars and this choice put them at risk for their jobs, their well being.

“Choices made with courage, with trust, with faith”

All these choices exposed those making the choices to uncertainty, to danger and yet they were choices made with courage, with trust, with faith. To those around them, they must have seemed like poor choices and yet the underlying feeling for each of them was one of joy and peace and hope with the common thread of God’s love tying them together.

We also are asked to make choices. To choose God over worldly concerns. To set aside time each day to be in God’s presence. To choose to nurture a relationship with God. To reach out to others who cry out for our help. To choose to serve in the kingdom of God. How you choose to celebrate this Christmas is important. May God be with you in all your choices.

The Rev’d Nancy Rowe is the Messy Church Coordinator at St. George’s

For the well-being of all in our community, and due to COVID-19 all our Worship Services and Gatherings have been SUSPENDED until further notice.