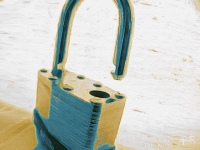 Now as a modern day person, we wrestle with biblical stories of unclean spirits and exorcism. We wrestle with these stories because much of what the ancient world would have defined as possession, we understand now as the outward effects of some diseases or mental illness. It was one of the ways that they explained they unknown. Yet it is important to understand that in the biblical context, exorcisms, casting out demons and even the healings Jesus performed was about freeing people from forces that afflicted them and bound them. In the time of the gospels, those forces and powers, at their worse were often understood to be demonic possession. So when Jesus cast out a demon from a person he was freeing them. Jesus was demonstrating his ultimate authority.

In our culture and society today, unclean spirits and possession are still commonly found in fiction and entertainment. The demons we see are on TV in shows like “Supernatural” or in horror movies, or in video games. In fiction, demons and possession are a tool to help illustrate and give a face to evil and personify the powers that corrupt, deceive, and bind people. Even the recent prevalence of zombies in TV, movies and video games, is then a way of expressing our fear of a power that overwhelms us, commands us, removes our humanity. All this cultural catalogue of fantastical evil reveals that we still have an understanding of the concept possession and that the metaphor of possession still exists.

So part of our understanding of “following Jesus” means identifying the powers that corrupt, deceive, and bind us, to name them and to cast them out.

Keep your eyes open out there, people!

For the well-being of all in our community, and due to COVID-19 all our Worship Services and Gatherings have been SUSPENDED until further notice. Online prayers and a message are available each week. Check here or our social media accounts to watch.