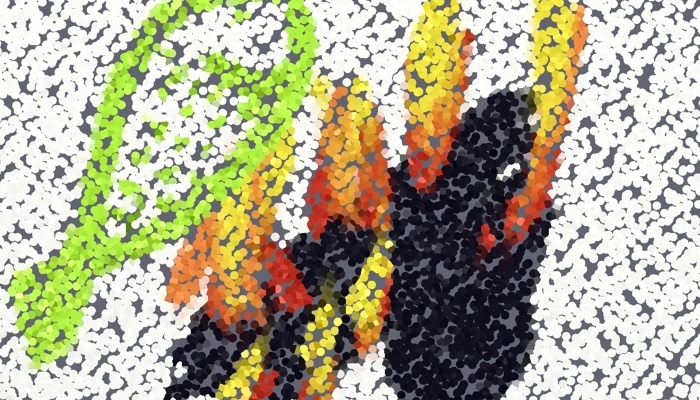 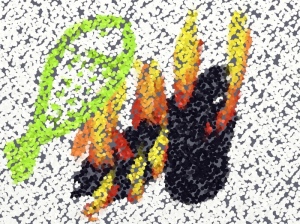 By The Rev’d Nancy Rowe.
I know it seems strange to think of Jesus throwing a BBQ, but in this story that we are exploring at Messy Church on this Wednesday, February 8th. Jesus is grilling fish and baking bread over a charcoal fire on the beach to which he invites his friends to come and join him. Sounds like a BBQ to me!
This story is unique to John’s Gospel and is the last story in that Gospel and, according to John, the third time that Jesus had appeared to the disciples after having risen from the dead. You can imagine his friends surprise when, after a night of fishing from their boat, they look at the shore and see their friend tending a charcoal fire and cooking breakfast. They put in for shore and Jesus invites them to join him for breakfast. Imagine what it must have been like for the disciples. After the gut wrenching fear surrounding the arrest and crucifixion of Jesus. After the horror of watching him die such an awful death. After the grieving and uncertainty in the day following his death. After the unexpected joy of the resurrected Jesus being with them again. On this day, there is the warmth of the sun as it rises in the early morning. There is the calm of being with friends with whom you have shared sorrow and joy, sitting on the beach, filled with good food. It must have seemed perfect. Jesus had created this oasis of calm, because he had something very important to say to them.
Jesus turns to Peter and asks him three times if Peter loves him. Each time Peter says. “Yes, you know that I do.” Jesus replies first with, “Feed my lambs”, then “Tend my sheep”, and finally with “Feed my sheep.” FInally Jesus says to Peter, “Follow me.” Jesus knows that he was about to leave and that everything was now going to depend on these, his friends. Everything that he had taught them, everything they had learned by watching him, every discussion that he had had with them that had deepened their faith and understanding was now their responsibility to take into the world and be the light for others. The time when Jesus worked along side them was finished and now it was the time when the Holy Spirit would work within them to continue the work that had been Jesus’. Feed my sheep….Follow me.
The same Holy Spirit that filled Jesus’ friends is within us. What Jesus said to his friends that long ago day on the beach in front of a fire, Jesus says to us. Feed my sheep…….Follow me. Let me assure you, that none of us feels able or worthy to do such an overwhelming task. The disciples did not feel that that were up to it, but they just did what was asked and over 2000 years later, our Christian community is the result of their trust in God, perseverance, and courage. It is remarkable that Jesus put all his eggs in one basket so to speak in leaving it all up to those eleven, unremarkable, imperfect human beings and yet his trust was well founded. God does not choose remarkable people, but rather ordinary people like you and me. Can you hear the words of Jesus? Feed my sheep….Follow me.

One thought on “Jesus Hosts A BBQ at Messy Church”

In-person worship returns Sunday, Sept. 12 at 10am.
More information is available here.
Other in-person gatherings and outside rentals continue to be SUSPENDED until further notice.